In the United States, yoga has become a popular form of exercise and relaxation. Yoga in America is constantly evolving with new influences from all over the world. Have you ever wondered who some of the most influential teachers are in shaping American Yoga? We have compiled a list of 10 teachers that have had a tremendous impact on how we practice and teach yoga in this country.

True teachers remind us of what’s most important. They remind us how to practice when we lose our way. They illuminate our paths, they challenge us to grow, they delight in our evolution. A teacher-student relationship is one of the most sacred ties we have. In his seminal book, Light on Yoga, B.K.S. Iyengar implies that this connection, between teacher and student, is the most central in our lives.

We at Sonima.com recently compiled a list of 100 influential teachers who have dedicated their lives to spreading the practices of yoga, and in so doing, have impacted millions of new yogis around the globe.

We measured influence based on a variety of factors, such as depth of study, community impact, social media following, and contributions to yoga’s many aspects, from philosophy to physiology, tradition to innovation.

These teachers each play a profound role in the dissemination of dharma from its ancient roots, and the perpetuation of modern-day para, the acceleration of lineage and teachings passed down from teacher to student over time.

Below is a sampling of 10 influencers and innovators who have made unique contributions to the way Americans practice from coast to coast. Head over to Sonima.com to see the full list of teachers recognized for shaping the landscape of yoga as we know it today.

“We are not medical bodies, we are mystical bodies,” says Michaan. Petite in form, yet expansive in presence, and with bright blue eyes of telling wisdom, Michaan has been practicing yoga for 40 years and teaching for over 30. Creator of the Katonah Yoga method, which integrates Daoism, mathematics, and an eclectic fusion of yoga and spirituality, and owner of two New York studios by the same name, Michaan draws inspiration from Taoist thought, geometry, and her own evolving practice. Michaan has become renowned not only for her poetic metaphors and knowledge of yoga but also for her keen ability to “read” people’s bodies almost instantaneously upon meeting them. When she’s not teaching yoga, she’s reading Goethe and Spinoza, refining her own practices for longevity, and sharing her infectious sense of joy with those around her.

In the early ‘90s, thousands of Americans started practicing yoga because of Rodney Yee. His yoga DVDs, produced by Gaiam, continue to be some of the most popular ever made. Yee has been practicing yoga for almost 40 years and teaching for almost 30. A certified Iyengar yoga teacher, Yee has developed his own style over time that has also been influenced by his study of ballet. Yee travels around the world to teach both on his own and with his wife, Colleen Saidman, with whom he co-directs the Yoga Shanti schools in New York. Yee also serves as yoga director with Saidman for the Urban Zen Foundation, a non-profit organization founded by Donna Karan that seeks to bring complementary practices, including yoga and meditation, into the mainstream healthcare system.

Halpern is often referred to as “The Godfather” in the Chicago yoga world where he’s been teaching for the past 30 years, and where he’s influenced nearly every single major teacher at Chicago’s yogic strongholds, Moksha Yoga and Yoga view, where Halpern regularly leads workshops. Halpern holds degrees in philosophy and health psychology and was trained under the Iyengar yoga method in both San Francisco, and Pune, India. He founded his River North studio, Yoga Circle, in 1985, and he teaches there and around the world, focusing on yoga therapeutics. His methodology for therapeutic classes is modeled on Iyengar’s techniques, wherein he begins with first giving relief to get a person out of pain and then correcting their anatomy, which sometimes takes years.

A regular presenter and contributor for Yoga Journal, and a major force behind some of the most innovative work happening at the Mind and Life Institute, the non-profit organization dedicated to exploring the intersection of science and Buddhism, Bo Forbes is a truly unique teacher in today’s world. A clinical psychologist, mindfulness teacher, and scholar, Forbes is focused on integrating neuroscience and connective tissue research with psychology and yoga. Forbes writes frequently for some of the world’s leading magazines and is the author of Yoga for Emotional Balance: Simple Practices to Help Relieve Anxiety and Depression. Forbes is also the founder of Embodied Awareness, an online education company geared towards embodied education. Forbes leads workshops, intensives, and training in yoga therapeutics in Boston and around the world.

With yoga pants as colorful and vibrant as her tattoos and her ever-changing, eclectic hairstyle, and yoga studios predicated on “moving like you”—Dana Trixie Flynn is one of the fieriest, fierce, and playful teachers around. She opened the Laughing Lotus Yoga in New York City with her partner Jasmine Takeshi in 1997 and has led the premier studio ever since, most recently expanding Lotus to open a second location in Brooklyn. Flynn travels around the world teaching yoga and leading teacher training with an approach that blends ecstatic movement practice with her love of poetry, dance, music, and philosophy. Flynn, along with Takeshi, created the Lotus Flow sequencing which was an offshoot of her own study with Jivamukti founder Sharon Gannon, combined with tools gleaned from her own practice and other movement methodologies.

With a highly advanced physical practice and a strong connection to Mysore and the Ashtanga yoga lineage, Kino MacGregor is one of the most popular and well-respected Ashtanga yoga teachers in the world. At 19, MacGregor began practicing Ashtanga yoga and began making yearly trips to study with her guru, Sri K. Pattabhi Jois in Mysore. At 29, she received certification to teach. MacGregor continues to take annual trips to Mysore to study with her teacher Sharath Jois. With her roots in Miami, MacGregor co-owns the Miami Life Center with her husband Tim Feldmann, while also traveling and teaching all over the world. MacGregor is the author of three books and six yoga DVDs as well as the owner of a YouTube channel featuring yoga classes and tutorials with a subscriber base of 320,000. MacGregor has also developed one of the largest social media followings of any yoga teacher, offering advice and teachings on poses as well as frequent Instagram challenges for her nearly 1 million followers.

Co-founder of YogaWorks with Chuck Miller and Alan Finger, and an internationally celebrated yoga teacher, Maty Ezraty has been teaching for more than 30 years. A student of Sri K. Pattabhi Jois, Ezraty was one of the first women to practice the third and fourth series of the Ashtanga practice. After traveling to Mysore for many years to study with Jois, Ezraty has more recently become interested in the Iyengar yoga method, traveling to Pune, India, to study with Geeta Iyengar, the eldest daughter of the lineage’s namesake founder, B.K.S. Iyengar. Founded in 1987 in Santa Monica, California, YogaWorks now has over 40 locations and was one of the first organizations to offer standardized teacher training integrating many different styles of yoga. Many of today’s yoga celebrities, such as Seane Corn, Shiva Rea, Rod Stryker, and Kathryn Budig, were all students of Ezraty’s. In 2004, Ezraty sold YogaWorks, but she continues to be one of the most innovative and beloved teachers in the world.

Hari Kaur Khalsa is a renowned spiritual teacher and global Kundalini representative. For 10 years, Khalsa traveled around the world with Yogi Bhajan, the master teacher who brought Kundalini yoga to the West, and she directed his teacher training programs. Khalsa still directs and teaches Kundalini classes and training internationally. She is known for her incredible work empowering women of all ages and life stages and has published two books on the topic, A Woman’s Book of Meditation: Discovering the Power of a Peaceful Mind, and A Woman’s Book of Yoga: Embracing Our Natural Life Cycles. Khalsa has also done groundbreaking workshops with her musician husband, Dave Frank, in combining music, meditation, Qi Gong, and Kundalini yoga.

For 40 years, Patricia Walden has made annual pilgrimages to Pune, India to study with her teacher, B.K.S Iyengar, and his daughter Geeta, after his death. Walden has been hugely influential in bringing Iyengar yoga to America and has served as a member of the national certification committee (the B.K.S. Iyengar Yoga National Association of the United States, or IYNAUS), for almost 25 years. Walden has co-authored three books and dozens of DVDs, including “Yoga for Beginners,” which was one of the first and most important in popularizing yoga in the west. She now teaches at Down Under Yoga in Brookline, Massachusetts, and leads yoga workshops, retreats, and training around the world.

These are just a few of the influential yoga teachers who have shaped the practice in America. There are many, many more and each has something unique to offer. What do you love most about your favorite teacher? Let us know in the comments! 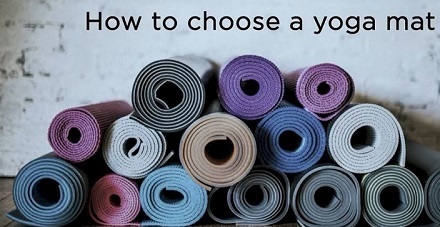 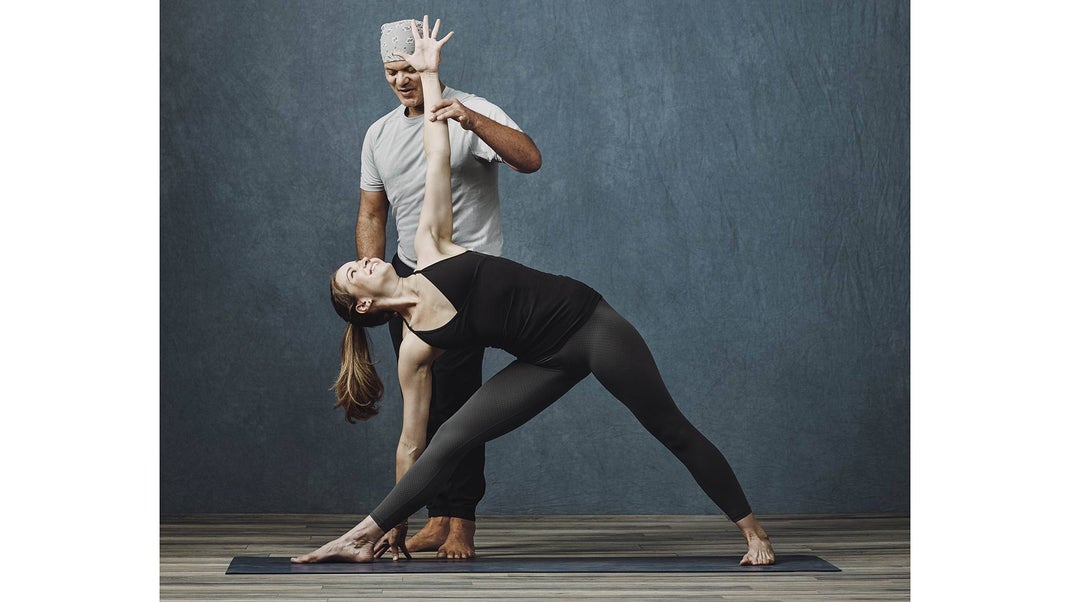 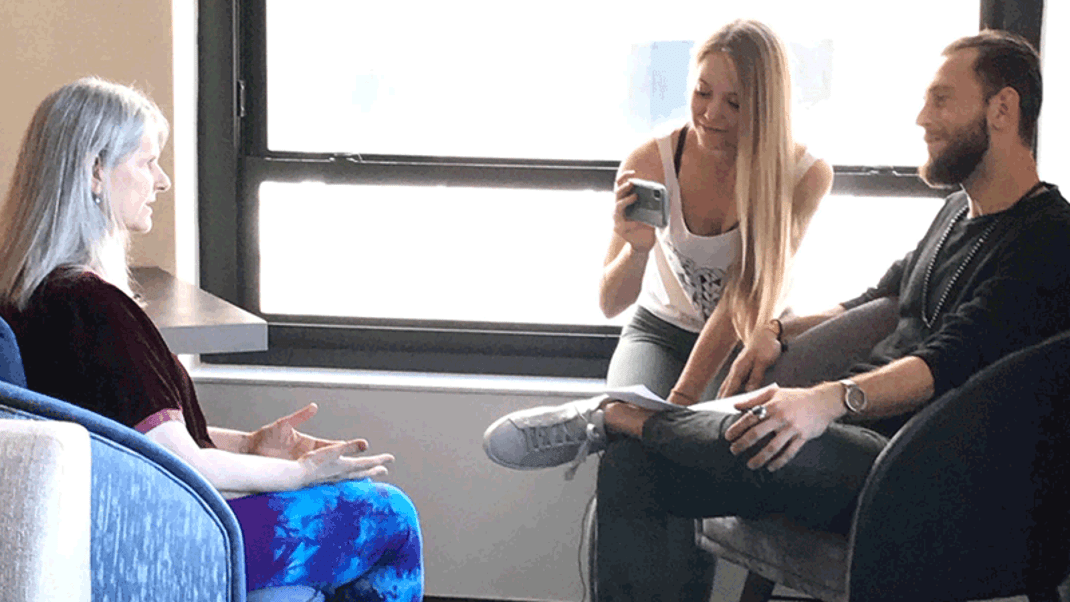