If you’ve ever taken a yoga class, one of the first things that the instructor will ask is “What style do you prefer?” Explore all your options by reading this article!

What to Expect: The inspiration for many vinyasa-style yoga classes, Ashtanga Yoga is an athletic and demanding practice. Traditionally, Ashtanga is taught “Mysore style”: Students learn a series of poses and practice at their own pace while a teacher moves around the room giving adjustments and personalized suggestions.

What It’s About: The practice is smooth and uninterrupted, so the practitioner learns to observe whatever arises without holding on to it or rejecting it. With continued practice, this skill of attentive nonattachment spills over into all aspects of life. This is one important meaning of K. Pattabhi Jois’s famous saying, “Practice, and all is coming.”

Teachers and Centers: Founded by K. Pattabhi Jois (1915-2009), this system is taught around the world. Jois’s grandson R. Sharath now leads the Shri K. Pattabhi Jois Ashtanga Yoga Institute in Mysore, India. There are teachers everywhere around the globe.

What to Expect: This is a physically challenging, flowing practice that will get your heart pumping while also encouraging you to find your authentic personal power in life. Classes feature a vigorous 90-minute sequence, performed in a heated room and designed to condition the whole body.

What It’s About: The aim of Baptiste Yoga is to create freedom, peace of mind, and the ability to live more powerfully and authentically right now. The physically challenging practice is a training ground for facing emotional and philosophical challenges that arise in your life.

Teachers and Centers: Baron Baptiste, son of yoga pioneers Walt and Magana Baptiste (who opened San Francisco’s first yoga center in 1955), began practicing as a child and studied with many Indian yoga masters. The Baptiste Power Yoga Institute is headquartered in Cambridge, Massachusetts. There are more than 40 affiliated studios.

Find out more at baronbaptiste.com

What to Expect: Rooms are heated to 105 degrees, and classes consist of 45 minutes of standing poses and 45 minutes of floor postures. You do the same series of two breathing exercises and 26 poses in each class.

What It’s About: This practice is designed to work your body and requires full mental concentration. The overall objective is to create a fit body and mind, allowing the physical self to unify with the spiritual self.

Teachers and Centers: Bikram Choudhury was born in Calcutta and introduced his system in the United States in 1971. His main teacher was Bishnu Ghosh (1903-1970). The Bikram Yoga College of India in Los Angeles serves as headquarters. There are now more than 5,000 certified Bikram teachers throughout the United States.

Find out more at bikramyoga.com

What to expect: A strong, hot practice designed to help you release physical and emotional tension and pain, and celebrate the strength of your own body.

What It’s About: Working with the premise that clearing stored emotions makes room for your spirit to come home, the practice combines physically challenging sequences with deep emotional exploration.

Teachers and Centers: Ana Forrest began teaching Forrest Yoga in 1982. She studied various systems of yoga, healing, and native ceremony but credits her own pain and suffering, her students, the elements, and “the great mysterious” as her primary teachers.

What to Expect: A gentle practice based on chanting, postures, deep relaxation, breathing practices, and meditation.

What It’s About: Integral Yoga focuses on returning us to our “natural condition,” which includes health and strength, a clear and calm mind, a heart full of love, a strong yet pliable will, and a life filled with supreme joy.

Teachers and Centers: Founded by Swami Satchidananda (1914-2002), a student of Swami Sivananda, Integral Yoga is taught at the Satchidananda Ashram (Yogaville) in Virginia and the Integral Yoga Institute in Manhattan as well as at smaller centers and in studios.

What It’s About: ISHTA stands for the Integrated Science of Hatha, Tantra, and Ayurveda, and its aim is to balance the human organism to create a strong and stable platform for spiritual growth.

Teachers and Centers: Alan Finger laid the foundations for Ishta Yoga with his father, Kavi Yogiraj Mani Finger (a disciple of Paramahansa Yogananda and Swami Venkatesananda) in South Africa in the 1960s. The Ishta Yoga School in Manhattan was opened in 2008.

Find out more at ishtayoga.com

What to Expect: Often, you’ll do only a few poses while exploring the subtle actions required to master proper alignment. Poses can be modified with props, making the practice accessible to all.

What It’s About: For beginners, the primary objective is to understand the alignment and basic structure of the poses, and to gain greater physical awareness, strength, and flexibility.

Teachers and Centers: B.K.S. Iyengar (a student of T. Krishnamacharya) founded the style. His children Gita and Prashant Iyengar teach in Pune, India, and around the world. There are four Iyengar institutes in the United States: in New York, Los Angeles, San Francisco, and Champaign-Urbana, Illinois.

What to Expect: A physically vigorous and intellectually stimulating practice with a focus on spiritual development. Expect to encounter flowing asana sequences along with Sanskrit chanting, references to scriptural texts, eclectic music (from the Beatles to Moby), yogic breathing practices, and meditation.

What It’s About: One of the predominant principles of Jivamukti Yoga is ahimsa (non-harming), and classes often explore the link between yoga and animal rights, veganism, and activism.

Find out more at jivamuktiyoga.com

What to Expect: Through asana, pranayama, meditation, and relaxation techniques, you’ll learn to observe the sensations in the body and mind, and thereby discover how well a pose, or a life decision, is serving you. Classes can be physically demanding or extremely gentle, such as chair yoga.

What It’s About: The primary objective is to awaken the flow of prana—the natural life force that will enable you to thrive in all aspects of life.

Teachers and Centers: Swami Kripalu (1913-1981) was a Kundalini Yoga master who taught that all the world’s wisdom traditions stem from a single universal truth, which each of us can experience directly. The main center is the Kripalu Center for Yoga & Health in Stockbridge, Massachusetts.

Find out more at kripalu.org

What to Expect: A 90-minute class typically begins with chanting and ends with singing, and in between features asana, pranayama, and meditation designed to create a specific outcome. Expect to encounter challenging breathing exercises, including the rapid pranayama known as Breath of Fire, mini-meditations, mantras, mudras (sealing gestures), and vigorous movement-oriented postures, often repeated for minutes, that will push you to your limit—and beyond.

What It’s About: Kundalini Yoga is sometimes called the Yoga of Awareness. The primary goal is to awaken kundalini energy, the psychoenergetic force that leads to spiritual elevation and kick-starts the process of transformation.

What to Expect: Medium-paced vinyasa sequences combined with alignment instruction and Tibetan Buddhist concepts like mindfulness and compassion.

What It’s About: The aim is to cultivate strength, stability, and clarity and integrate mindfulness and compassion into your whole life.

Teachers and Centers: OM founder Cyndi Lee has practiced yoga since 1971 and Tibetan Buddhism since 1987. The OM Yoga Center is in New York City.

Find out more at omyoga.com

What to Expect: Combining Tantric philosophy with dynamic practice, classes include challenging asanas with an emphasis on the practices of pranayama, meditation, mudras, and bandhas (locks).

What It’s About: Rooted in ancient texts and modern life, this practice reveals how asana affects and transforms energy. Its aim is to manifest spiritual and worldly success through increased Self-awareness and the refinement of prana.

Find out more at parayoga.com

What to Expect: “Challenging” and “empowering” are touchstone words for this active, fluid form of vinyasa yoga. After the opening Om, the class is an exercise in near-continuous motion. Sequences are creative, often incorporating elements of dance and moving meditation, and accompanied by music.

What It’s About: The practice is a vehicle to connect with prana.

Find out more at shivarea.com

What to Expect: Classes are asana-focused, with adherence to the alignment principles of Iyengar Yoga and incorporation of yogic philosophy. Short meditations begin and end class to connect students with the heart center.

What It’s About: The emphasis is on uniting the body and mind with the spirit. There are four limbs to Purna Yoga: meditation, asana and pranayama, applied philosophy, and nutrition and lifestyle.

Teachers and Centers: Inspired by the work of Sri Aurobindo and the Mother, Purna Yoga was officially founded by Aadil and Mirra Palkhivala in 2003. The main center is in Bellevue, Washington.

What to Expect: Based on the teachings of Swami Sivananda, this yoga style is more spiritual practice than exercise. Each 90-minute class focuses on 12 core poses and Sanskrit chanting, pranayama practices, meditation, and relaxation.

Find out more at sivananda.org

What to Expect: Classes include a lot of floor work with ample propping and hands-on adjustments. Classes begin and end in Savasana (Corpse Pose) and focus on releasing tension.

What It’s About: Svaroopa means “the bliss of your own Being.” It refers to the Tantric view of the body as a form of consciousness. The goal is to create a “core opening” to remove energetic impediments to inner transformation.

Teachers and Centers: Svaroopa was founded in 1992 by Swami Nirmalananda Saraswati, a longtime student of Swami Muktananda (1908-1982), who has been ordained into the order of Saraswati monks. Svaroopa’s headquarters, the Master Yoga Foundation, is located in Malvern, Pennsylvania.

Find out more at svaroopayoga.org

What It’s About: The wavelike spinal movements and synchronized breathing are designed to awaken prana.

Teachers and Centers: TriYoga was created by yogini Kali Ray, in 1980. Ray had experienced a kundalini awakening and created the practice in the manner of kundalini-inspired hatha yoga. The main TriYoga Center is located in Los Angeles; other centers are in Santa Cruz, California, Massachusetts, Pennsylvania, Iowa, and around the world.

Find out more at triyoga.com

What to Expect: Tailored to individual needs, classes vary greatly and may include asana, pranayama, chanting, meditation, prayer, and ritual. All classes emphasize mobilizing the spine and coordinating movement with breath.

What It’s About: Viniyoga is a useful therapeutic tool for the body, but it also aims to develop breath, voice, memory, intellect, character, and heart. The practice views yoga as a means to cultivate the positive, reduce the negative, and help each practitioner achieve discriminative awareness—the key to any process of self-transformation.

Find out more at viniyoga.com

Yoga in the Tradition of Krishnamacharya

What to Expect: Classes are taught one-on-one or in very small groups, with a great deal of individualization. In the asana practice, each movement is coordinated with a particular breath (an inhalation, an exhalation, or a hold), and the effects are often felt in the body and breath, but also in the emotions.

What It’s About: Students like to say they practice not to be better yogis for the hour that they are on their mat, but to live more fully and with more ease the other 23 hours of the day.

Teachers and Centers: Sri T. Krishnamacharya (1888-1989) is known as the father of modern yoga. At the Krishnamacharya Yoga Mandiram in Chennai, India, his son, T.K.V. Desikachar, and grandson, Kausthub Desikachar, continue his tradition of making ancient teachings relevant for the modern world.

Explore the Types of Yoga and find out which one is best for you. Explore sivananda.org, Svaroopa Yoga, triyoga.com, viniyoga.com, and krishnamacharya-india.org to learn more about every type of yoga! 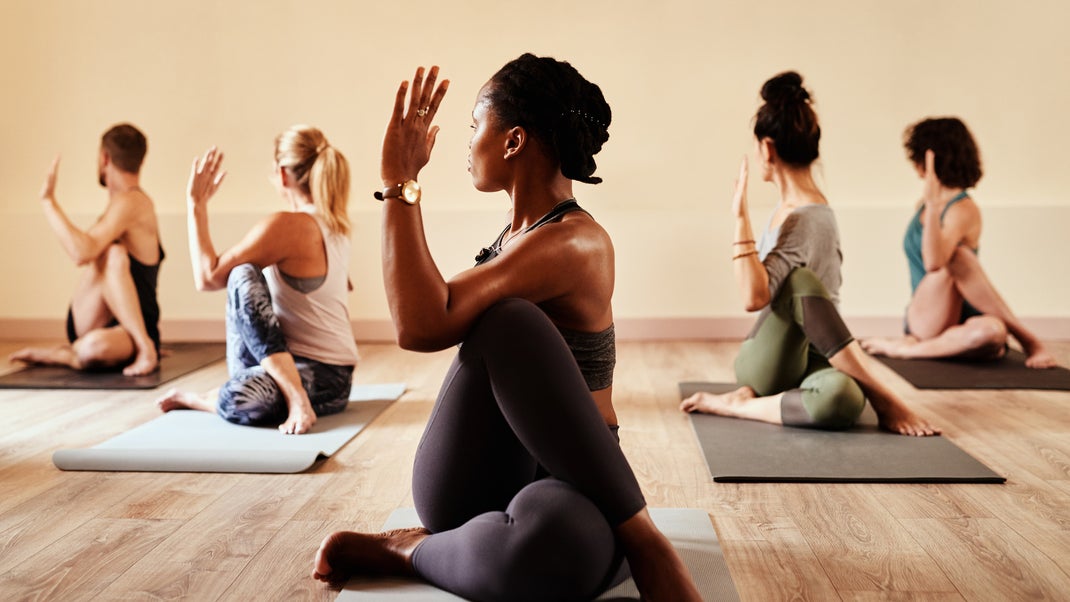 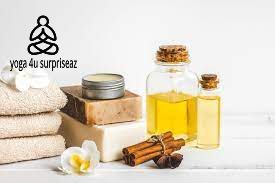 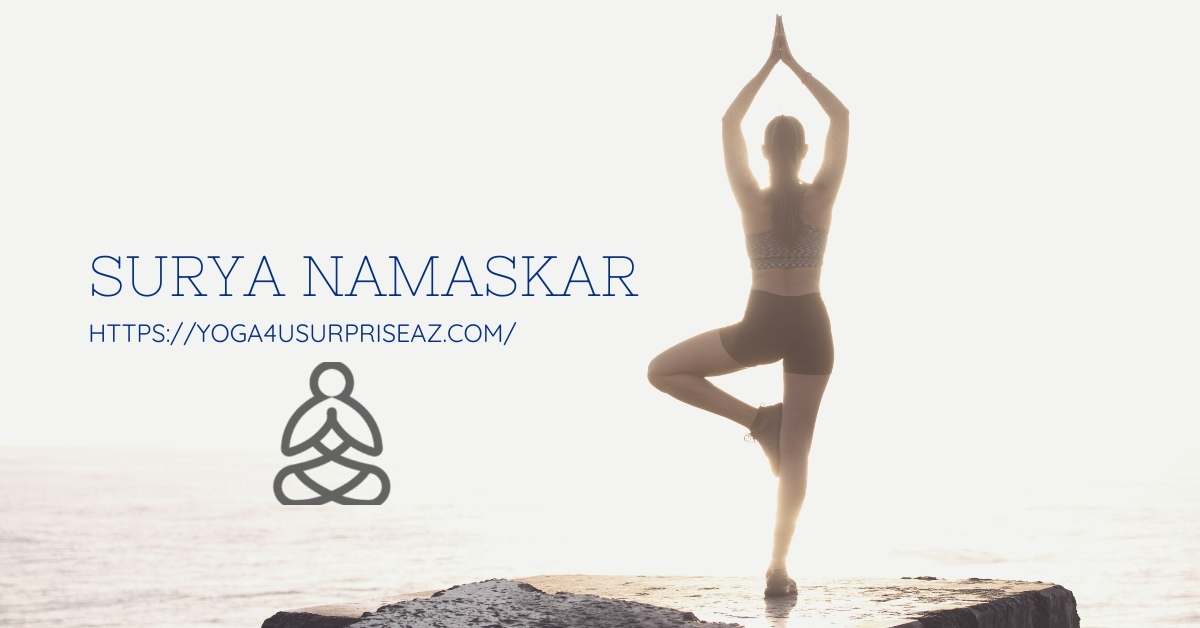